Research project: With origamis to Teichmüller curves in moduli space

In this project, we investigate Teichmueller curves coming from origamis. In particular, we are interested in their algebraic and geometric properties, their position in the moduli space, their intersection behaviour and their Veech groups as subgroups of SL(2,Z).

People in the project 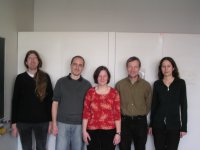 
We investigate algebraic curves in the moduli space of curves

Although the construction principles for origami curves are very simple and there is even an algorithm that determines the Veech group of a given origami, very little is know today about these curves: what are their common properties and their fields of definition? What is their position in the moduli space? 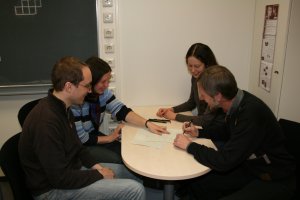