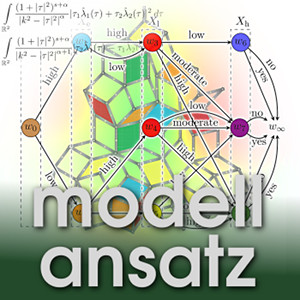 Gudrun spent an afternoon at the Max Planck Institute for Mathematics in the Sciences (MPI MiS) in Leipzig. There she met the Colombian mathematician Eliana Maria Duarte Gelvez. Eliana was a PostDoc at the MPI MiS in the Research group in Nonlinear Algebra. Its head is Bernd Sturmfels. Now she works as Postdoc at the University of Magedburg.

They started the conversation with the question: What is algebraic geometry? It is a generalisation of what one learns in linear algebra insofar as it studies properties of polynomials such as its roots. But it considers systems of polynomial equations in several variables so-called multivariate polynomials. There are diverse applications in engineering, biology, statistics and topological data analysis. Among them Eliana is mostly interested in questions from computer graphics and statistics.

In any animated movie or computer game all objects have to be represented by the computer. Often the surface of the geometric objects is parametrized by polynomials. The image of the parametrization can as well be defined by an equation. For calculating interactions it can be necessary to know what is the corresponding equation in the three usual space variables. One example, which comes up in school and in the introductory courses at university is the circle. Its representation in different coordinate systems or as a parametrized curve lends itself to interesting problems to solve for the students.

Even more interesting and often difficult to answer is the simple question after the curve of the intersection of surfaces in the computer representation if these are parametrized objects. Moreover real time graphics for computer games need fast and reliable algorithms for that question. Specialists in computer graphics experience that not all curves and surfaces can be parametrized. It was a puzzling question until they talked to people working in algebraic geometry. They knew that the genus of the curve tells you about the possible vs. impossible parametrization.

For the practical work symbolic algebra packages help. They are based on the concept of the Gröbner basis. Gröbner basis help to translate between representations of surfaces and curves as parametrized objects and graphs of functions. Nevertheless, often very long polynomials with many terms (like 500) are the result and not so straightforward to analyse.

A second research topic of Eliana is algebraic statistics. It is a very recent field and evolved only in the last 20-30 years. In the typical problems one studies discrete or polynomial equations using symbolic computations with combinatorics on top. Often numerical algebraic tools are necessary. It is algebraic in the sense that many popular statistical models are parametrized by polynomials. The points in the image of the parameterization are the probability distributions in the statistical model. The interest of the research is to study properties of statistical models using algebraic geometry, for instance describe the implicit equations of the model.

Eliana already liked mathematics at school but was not always very good in it. When she decided to take a Bachelor course in mathematics she liked the very friendly environment at her faculty in the Universidad de los Andes, Bogotá. She was introduced to her research field through a course in Combinatorial commutative algebra there. She was encouraged to apply for a Master's program in the US and to work on elliptic curves at Binghamton University (State University of New York) After her Master in 2011 she stayed in the US to better understand syzygies within her work on a PhD at the University of Illinois at Urbana-Champaign. Since 2018 she has been a postdoc at the MPI MiS in Leipzig and likes the very applied focus especially on algebraic statistics.

In her experience Mathematics is a good topic to work on in different places and it is important to have role models in your field.